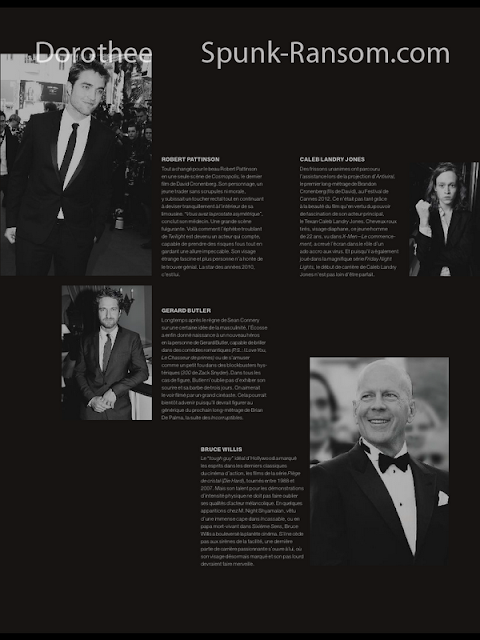 Robert Pattinson
Cosmopolis, the last David Cronenberg film, changed everything for Pattinson. His young trader character has no scruples and no morality. He underwent a per rectal examination while chatting along with his employee in his stretch limo. The doctor concludes he has an asymmetric prostate. This was an amazing scene which transformed the Twilight Adonis into a serious actor. He now takes risks while still retaining his allure. His strange face is fascinating and nobody is ashamed to admit they think he’s great. He is the star of the decade!