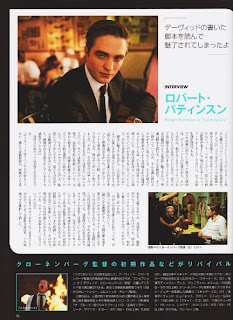 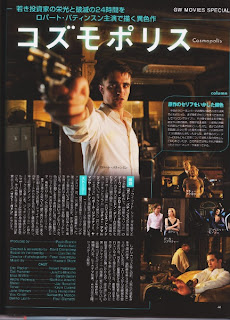 I was impressed with the script that David wrote. “The reason why I wanted to take this part is that I really would like to work with David Cronenberg. I knew he would be very creative, and that it would be a real experience. And I was appealed by the writing of the script, like a kind of long poem. And a mysterious poem too. (omit) But this time it was completely different, the further I read, the less I could figure out where it was leading and the more I wanted to be a part of it.”

“I couldn’t imagine myself in the role at all. The first time I spoke to David, it is exactly what I told him, that I didn’t visualize anything, and he thought it was a good thing. (omit) Even during the first week of shooting, we were all still wondering what the film would look like once finished. It was fascinating, I felt like the film was fashioning itself.”

“David doesn’t like rehearsals. We didn’t talk much about the film before the shooting. And I only met the other actors on set, during production, I discovered them as they appeared, literally, on Eric Packer’s limousine, And it was quite pleasant.”

It is uneasy to play a character that dose not follow a predictable path without clear vision. But the truth is that this character is changing. It dose not matter if it ends badly nor the change is different from an ordinary character we usually see. David, however, has complete control. It was the first time for me to work with a director who took complete control over his own movie. He completely grasps any situations and has clear ideas what he wants in any stages. Eventually, under the circumstances, I could have some confidence and relax.