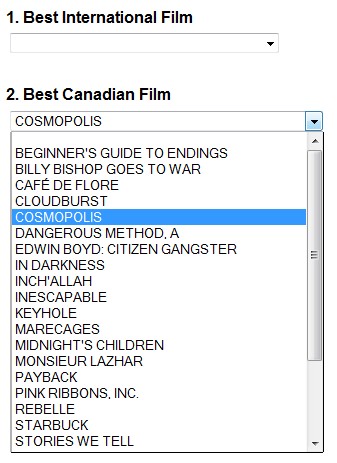 Now is your chance to select the top film of 2012!

CLICK HERE TO VOTE for this year's Film Circuit People's Choice Awards. One lucky voter will be eligible to win $500 for entering.