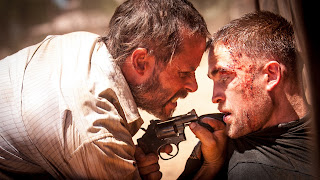 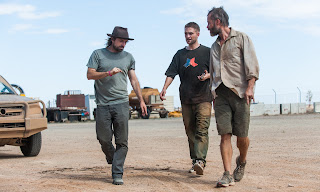 The small towns and semi-desert landscape of South Australia’s outback will feature on the big screen as the buzz surrounding Australian feature film The Rover, starring Guy Pearce and Robert Pattinson, continues to grow.

The Rover, written and directed by David Michôd and produced by Liz Watts, David Linde, and David Michôd through Porchlight Films, in association with Lava Bear Films LLC, has recently completed its seven weeks of principal photography in South Australia, utilising the unique desert landscape SA offers to provide the perfect backdrop for the film’s storyline.

Set in the Australian desert in ‘a dangerous and damaged near future’, The Rover tells the story of Eric (Pearce) who has left everything, everyone and every semblance of human kindness behind him when a gang of desperate criminals steals his last possession. Eric sets off on a ruthless mission to track them down, forced along the way to enlist the help of Rey (Pattinson), the naïve and injured junior member of the gang who was left behind in the chaos of the gang’s most recent robbery.

SAFC CEO Richard Harris said “The SAFC was very excited to get behind The Rover, David Michôd’s first film since his critically acclaimed, box office smash, Animal Kingdom. It is the latest example of a project that has chosen to use South Australia’s unique outback locations to dramatic effect."

“SA’s capacity to offer locations both diverse and accessible within cooee of Adelaide and to provide Adelaide Studios as an ideal production base to support the location set, make us an attractive proposition. The Rover production team has tested our capacity to deliver both at the studios and on location and we’ve relished the opportunity to demonstrate our world class capability.

“The ability of South Australia to offer dramatic, unique and stunning landscapes, mixed with towns of distinctive original character, all supported by world class facilities (as those at the Studios) was a major part of our decision to shoot in South Australia. We found the Adelaide Studios incredibly accommodating to our needs- flexible and willing to work with us on different elements of production we needed. They were simply, great”, commented Liz Watts, producer of The Rover.

Shooting a film is never easy, but one of the most important elements of success is the level of support shown by local councils, and how warmly the cast and crew are welcomed by the community.

“For us, our ability to work with locals and townships and location owners in shooting was a really important part of achieving the look and tone of the film that we wanted. We shot in five key areas; around Port Augusta; Quorne and its neighbours, Hammond and Bruce; Hawker; Parachilna and lastly the absolutely unique Marree. Ever since David and I first visited Marree last year in surveys we were keen to include the town in the film, and we ended up spending just over two and a half weeks there with around 100 cast and crew, effectively doubling the population of the town. But the support we found there from the whole community was exceptional. I believe The Rover is the first feature film (since the amazing Back of Beyond documentary was shot there in the 1950s) to shoot in Marree, and we feel pretty priviledged in doing so”, shared Watts.

“We worked with locals in many ways including great locations and their owners, plus cast and extras. For our crew, this film has been a really memorable experience - as it was for our two leads, Guy and Rob” she continued.

Richard Harris also said “our aim is to work closely with Producers to ensure their projects can be realised in SA with minimal fuss and maximum support. Combine this with the film friendly culture of South Australia’s regional and outback communities and the lowest production costs for living and accommodation of any Australian state capital, and it’s clear why shooting in SA continues to be an attractive proposition for projects such as The Rover.”

THE ROVER will be completed in late 2013 and theatrical release timed for first quarter 2014. Australian distributor is Village Roadshow with FilmNation distributing internationally.

Email ThisBlogThis!Share to TwitterShare to FacebookShare to Pinterest
Categories robert pattinson, The Rover