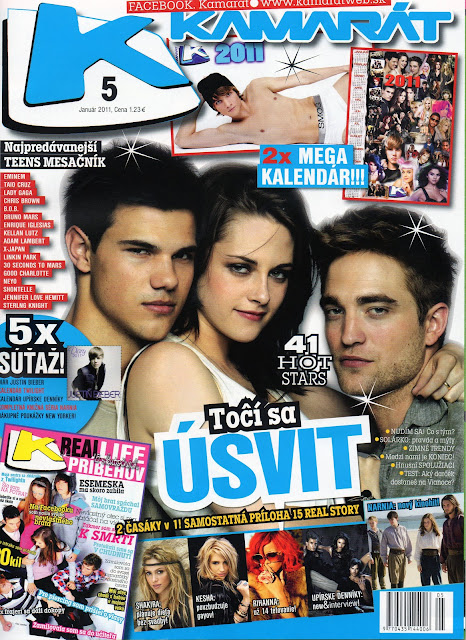 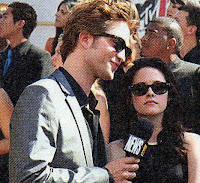 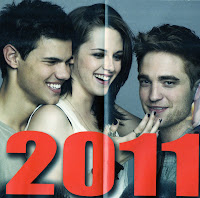 The crew of Breaking Dawn Part1 and Part2 began filming in Brazil, where they spent 5 days. Rob and Kristen filmed the honeymoon scenes, and according our source also a couple of romantic scenes. Among them all the hottest scene was, when Edward jumps off the waterfall just in shorts, swims to Bella (who is, of course, in bikini as well) and kisses her! Rob Pattinson fans could see the star also in the river in Louisiana river before learning to drive a boat. However, after them went a safety boat full of divers - just in case of accident. The Twilight Saga honeymoon scene's an important base point to the story. As we know, Isle Esme is the place where Bella and Edward spend there first night together. The excited fans filled the net with their thoughts during the shooting. The "feather scene" was the scene they were most excited about, where Bella wakes up covered in feathers after losing her virginity with Edward. November 13th was the last day the crew spent in that wonderful place. A source says the producers rented a luxury house on the beach until the end of November. However, Rob and Kristen had already left the place, by a helicopter.

"For the working crew took 10 days to change the house to match the shooting." says a source. "After working five days at the scenes they spent another five days while they restored everything to their original state."

So Rob and Kristen left behind Brazil - but they went not to Baton Rouge to continue the shooting, but they stopped in LA.
Interview with Rob Pattinson and Kristen Stewart :
Who spends more time on their hair?
Kristen: "Rob."
Rob: "I have weird personal-space issues, and so I can't stand people -- um, I'll do anything to not have any touch-ups."

Competitive?
Kristen: "Rob. In a very childish way, in every aspect of his life. He'll literally start talking in a different voice if he's won something. He sounds like a five-year-old."
Rob: "I'd say it was even. She said me? Really? When I really win things, it's just like..." [Kristen is correct: He makes a noise like a five-year-old.]

Athletic?
Kristen: "I'm definitely claiming that one. Rob can barely jump rope. I call him Flippy because when he does his stunt rehearsals, he flips around [makes a gesture like a penguin]. And, God, when he tries to run ..."
Rob: "Kristen. You notice it in the film; she looks so much more athletic than I do. And I'm supposed to be the superhero."

Egotistical?
Kristen: "I'd have to say him. I hope he says him too actually. Like every time he looks in the mirror and he twists his hair. Actually, he could give a fuck about his hair. I hope that sarcasm translates."
Rob: "It's kind of a tie. We're both pretty proud people. Her ego is more solid than mine, but mine has soared to such peaks, it's ridiculous. Mine's more erratic, but it can get to a point when it's, like, godlike. Only in my eyes, of course. Sometimes just when I say hello the right way, I'm like, Whoa, I'm so cool."

Who Googles themselves more?
Kristen: "Rob."
Rob: "She would say me, but I reckon it's her. If either one of us catches the other one doing it, we're like, Jesus Christ, is that what you're looking at? And the other one's on their phone pretending to text. I look up my competition more than she does. I'm incredibly shallow. I think she just looks at herself."

The most outgoing?
Rob: "I was once, but not so much anymore. Kristen's a little more open now."

Better sport?
Kristen: "Who can hang? Definitely me. He's very sensitive. He's got a fragile ego."

Superstitious?
Kristen: "Rob. He's a little bit more paranoid, so that feeds into superstition more."
Rob: "I am. I believe a lot in karma and stuff. Like when I end up with egg on my face, I'm like, Fate! I was born doomed. But I think it's more being an idiot than superstitious."
Credit => Robert Pattinson Career
Publish by MDCCT at 12/15/2010 08:30:00 PM