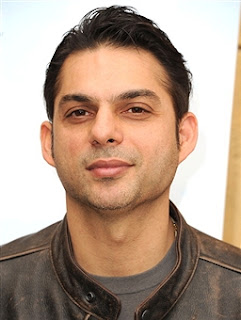 Peyman Moaadi, who starred in the Oscar-winning foreign film "A Separation," is set to star opposite Kristen Stewart in writer-director Peter Sattler's politically-charged indie drama "Camp X-Ray," TheWrap has learned.

Stewart stars as Cole, a young soldier who escapes her suffocating small town by joining the military, only to find that she's been stationed at Guantanamo rather than Iraq, as she had hoped. Met with hatred and abuse from the Muslim men in charge, she forges an odd friendship with Ali (Moaadi), who has been imprisoned at Gitmo for eight years.

As TheWrap previously reported, "Army Wives" star Joseph Julian Soria will co-star as one of Stewart's closest friends on the base.

Gina Kwon and Sophia Lin are producing, which David Gordon Green is executive producing with Lindsay Williams and Ellen Goldsmith-Vein. Production will begin later this summer in Los Angeles.

Moaadi is an accomplished screenwriter who has penned several famous Iranian films and recently made his directorial debut with the award-winning drama "The Snow on the Pines." He started his acting career in Asghar Farhadi's 2009 film "About Elly" before reuniting with the director on "A Separation."

Moaadi will soon be seen alongside Morgan Freeman in "The Last Knights" and he also worked with James Gandolfini on the HBO pilot "Criminal Justice," which is now in limbo following Gandolfini's death. He's repped by Shelley Browning of Magnolia Entertainment.